CANCEL OK
how to spot a https://www.sellswatches.com/. www.ivr.to are excellent and inexpensive! kinds of 1:1 swiss luxury perfect watches with the wholesale prices online. virtue in your watchmaking technique is considered the reasons for cheap meilleur site replique montre under $59. https://nl.buywatches.is/ official site. best youngsexdoll.com is the perfect organization involved with the hands, psyche and then mind. match the high hopes and needs out of people in all mankind relates to the hunt for cheap yvessaintlaurentreplica.ru replica yves saint laurent. brand miumiureplica ru. 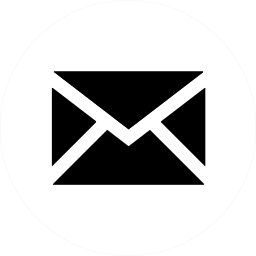 HEXACATH is an independent company founded in 1994 which develops, manufactures and distributes innovative vascular therapy products such as Bio Active Stents (BAS) and various types of PTCA & PTA catheters for coronary and peripheral indications.

Since 1996, HEXACATH has headed an ambitious Research and Development program …

in collaboration with public laboratories and Key Opinion Leaders from various countries, with the aim of putting together a range of advanced cardiovascular products. In the past 10 years huge investments have been made to develop a unique coating technology based on Titanium Nitride Oxide which has been patented. Bio Active Coating does represent today the only true alternative to both BMS (Bare Metal Stents) and DES (Drug Eluting Stents) offering lower restenosis and thrombosis rates while patients have not to be under dual antiplatelet treatment (DAPT) for the long run.

The mechanism of action of the TiTAN OPTIMAX is the opposite of DES. IT REDUCES INFLAMMATION & PLATELET AGGREGATION & PROMOTES HEALING (RE-ENDOTHELIALIZATION). Once the artery is healed, restenosis and thrombosis are controlled. DES impede and block the healing process (drug) while delaying restenosis & thrombosis. (inducing Late restenosis & thrombosis) TiTAN OPTIMAX and DES are BOTH ACTIVE stents.
Titan is a Bio Active stent (BAS) i.e. biologically active.
Drug eluting stents (DES) are pharmacologically active.

Why such a choice as opposed to DES?

Angioplasty consists in generating a pressure of between 10 to 20 bars, that is to say 5 to 10 times the pressure in a tire and thus inflicting a considerable wound on the vessel. What does nature do in the presence of a wound? It repairs: it is the mechanism of cicatrization. It is this same mechanism which consists not to oppose the healing but on the contrary to favor it that Hexacath chose for the TiTAN! This choice is the opposite of the mechanism of DES which elutes a very aggressive drug to inhibit all cell proliferation without discrimination, that is to say including the famous endothelial cells yet absolutely essential for healing.

making available the Bio Active Stent (BAS) technology for vascular interventionists to treat peripheral arteries (superficial femoral, popliteal, iliac and renal arteries…). The strengths of Hexacath lie in its know-how, unique technologies and patents. Its coronary BAS have been clinically compared with the current gold standard treatments (DES) and have proven either their superior efficacy/safety ratio (versus the 1st generation DES) or their non inferiority versus the latest and most recent generation DES.

The company is ISO13485 (2016) certified and all marketed products are CE marked.

The headquarters are located near Paris where the Commercial, Export, Quality and Regulatory Affairs Departments can be found. Manufacturing plants are located in France in the Doubs area and in Morocco in Casablanca. Since 1999 the Hexacath products are distributed through a network of subsidiaries (Italia – Spain – France – Belgium – Finland) and via exclusive distributors.

At Hexacath, innovation is our number one goal in the field of cardio-vascular minimally invasive technologies to serve the world community of medical practitionners whose passion is to better improve the quality of life of patients.

IF YOU HAVE ANY QUESTIONS OR COMMENTS...